We use cookies to give you the best experience. By using this site you agree to our Privacy Policy. If you don't consent, you can opt-out by closing your browser tab or navigating to a different site. 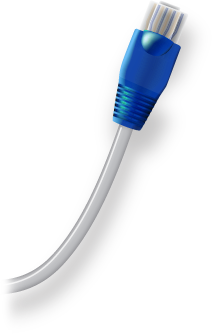 One of the major points of hesitation in that computer purchase you may currently be considering relates to Microsoft Office. You know - the group of programs that includes Word, Excel, PowerPoint, and in some cases Outlook, Publisher and Access. These are powerful tools that computer users the world over use extensively.

Up until now we have been used to paying anywhere between $170 and $600 (depending on the suite) for our very own license and installation disk (sometimes) of the Microsoft Office suite. And once you pay for it, you own it.

MS Office 2013 is a continuation of this model. That said, once you install it on your computer it can never be installed on any other computer. So your ownership has limits. 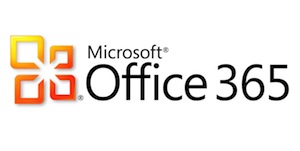 MS Office 365 describes exactly the same group of applications as MS Office 2013. The difference is the way it is packaged and distributed: rather than buying the software, you are renting it by subscription. Lots of questions immediately arise and the helpful salesperson at a retailer can very quickly appear remarkably unhelpful.

So let me try and answer some of the most obvious questions you may have.

Q. If I don't own it, is it installed on my computer, or is this one of those 'cloud' things?
A. The Office 365 suite is installed on your computer via download from Windows store. The program files reside on your hard disk - just like with previous versions of Office.

Q. What will happen if I stop paying my subscription?
A. You will still be able to view your files but you will cease to be able to edit or create files. This is because the program monitors your Windows store account status online.

It should be said that there are some very good reasons to consider Office 365. Probably the most obvious one is that Office 365 Home Premium can be installed on as many as 5 different computers for between $119 and $144 per annum. If you are part of a household that has more than 2 or 3 computers and regularly has new computers being added to and retired from your home network, then the argument for Office 365 is compelling. It will even install on Apple computers. Also sweetening the deal is 60 minutes of worldwide Skype credit per month, plus additional space on your OneDrive - your data store 'in the cloud'.

On the other hand, there are some very good reasons to consider one of the Office 2013 suites instead. The obvious one is that over the course of three years you could pay a lot less. Most of us don't trash a computer inside three years. And since neither Office 2013 or 365 is compatible with Windows Vista, Windows XP, or OSX 10.5 or lower, those additional licenses included in 365 will probably go to waste at present. As your household computers are upgraded in the near future this equation may change.

Perhaps though you are running a business and wonder if MS Office 365 will change the way you consume Microsoft products. I can assure you it will. Even if it means you consider Google Apps as an alternative.

If you would like to discuss this please give us a call.